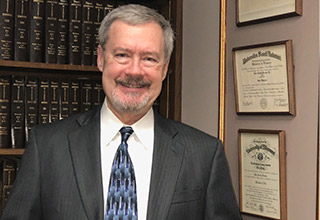 In June 2013, Mr. Larsen was appointed by former Missouri Governor Jay Nixon as Chairman of the Labor and Industrial Relations Commission of the
State of Missouri. When his term as Chairman expired in June 2018, Mr. Larsen returned to private practice.

He is currently serving as an Adjunct Professor at his alma matter, Saint Louis University School of Law, where he teaches a class on Workers
Compensation Law.

Honors include his election as a Fellow by the College of Workers Compensation Lawyers in April 2011 and the BAMSL/ Kid’s Chance Workers
Compensation Distinguished Lawyer Award in October 2008.8